As we all know, underwear used to be a piece of men’s fashion that was very much neglected. Men who cared about their clothing, especially what was worn underneath were viewed as feminine. There was a stereotypical view that men would and should choose very drab, ill-fitting, plain and boring underwear. To some degree, that’s all that was really offered by most stores. As time has progressed, men started to care more about their hygiene, fashion, and how to make themselves look their best, even if it’s underneath.

As men started to care more about the style of their underwear; the bikini began to revolutionize the men’s underwear industry and forever changed the way that men wear their underpants. Starting in European countries, bikini style underwear was viewed as being comfortable, yet supportive and sexy. In the 50s, bikinis were mandatory for body-building competitions! If you’re searching for a pair of undies that shoots up your sex appeal, without going too far out of the box, bikini style underwear is for you, and here’s why. 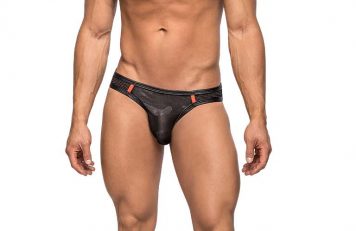 Typically, men who try out bikini style underwear are the same ones who prefer wearing briefs daily. Bikinis are perfect for the men who want to try something new. Sometimes, slipping on the same type of briefs can leave you feeling unfulfilled, especially if you’re someone who likes to feel sexy. If you’re looking for a hotter alternative to briefs, it might be time to try out some bikini style underwear. They have the same functional features as your favorite briefs, but with the sexy spin of less fabric and a seductive fit.

One of the best features of the bikini is the pouch in the front. The bikini pouch is engineered to be the perfect hammock for your boys offering comfort and support all day long. The bikini is the style that provides the best support to keep you locked, loaded and ready for action all day long. The structure of the pouch also helps to give your equipment a nice silhouette which further accentuates your masculinity. The design of the pouch also helps to prevent chafing while keeping your manhood separate from your legs. 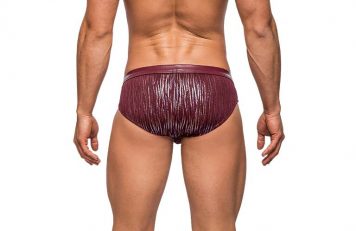 Bikinis Are For Everyone

The versatility in the styling allows flexibility when it comes to fit. Different fabrics, waistbands and pouches offer different fits for essentially the same style. The variations guarantee that any body type is able to rock a bikini in some way shape or form. No longer do you need to have chiseled abs and muscular legs to don a bikini. The simplistic details makes it the perfect style to fit pretty much everyone and you won’t just wear it, you’ll rock it. The details we include are always flattering and comfortable.

Less fabric than a brief, fantastic support, and a more contouring fit, it’s a no brainer that bikini underwear is among the sexiest style of underwear. The best part is that it maintains its sexiness without going too over the top. If you’re someone who wants to spice up what you wear underneath, try out a pair of bikini underwear, you and your partner will not be disappointed. Revealing the perfect amount of skin, while also accentuating your package -without giving too much away, it’s the perfect style. There’s nothing better than pulling down your pants and feeling confident as ever in your pair of sexy bikini underwear.

Never be afraid to show some extra skin, if you’re not doing it for your partner, do it for yourself! You owe it to yourself to try out a new style of underwear, especially if you’re someone who typically wears briefs. Slipping into bikini underwear, you’ll feel support and comfort like you never have before. We wouldn’t be surprised if you are wondering why you haven’t worn bikini underwear all along!