When you grow above the age of twelve, certain things become very inexcusable. Those things tend to be tasks that are easily avoidable. Don’t get us wrong, there are tons of things that you can do that are unacceptable. But, of course, we’re talking about underwear. When it comes to something as personal as underwear, people don’t want to talk about it. That’s where the problem lies, it’s 2019! Why are some things still too taboo to talk about? Have no fear! Because today, we’re here to tell you the top underwear mistakes that you need to avoid.

There’s few things worse than a wedgie, so why would you give yourself a permanent wedgie all day, BY CHOICE?! By wearing underwear that is too tight for you, you are essentially constricting your boys and giving yourself an all-day wedgie. Which if you’re like us, we’d like to avoid. Regardless of your reason, wearing uncomfortable underwear that doesn’t fit and is too tight for you, is something that should never be done. We want nothing more than for you to be comfortable in your underwear, and if it’s too tight, it’s time to trash it or return it.

Here at Male Power, we have a 30-day return window. So, if you receive your underwear, and they’re the wrong size, send them back! When it comes to underwear a lot of people avoid returning it and try to deal with the pair being way too tight. This could only have two end results, and neither are good options. Either you’re miserable when you wear them and that’s your last pair of male power underwear (and trust us, if this happens, you’re missing out), or the pair just stays buried at the bottom of your drawer, wasting space, time and money. How can this can be avoided? Be honest with yourself about your size. It also helps to look at the size chart, which you can find the on every since product we offer. All for your convenience! 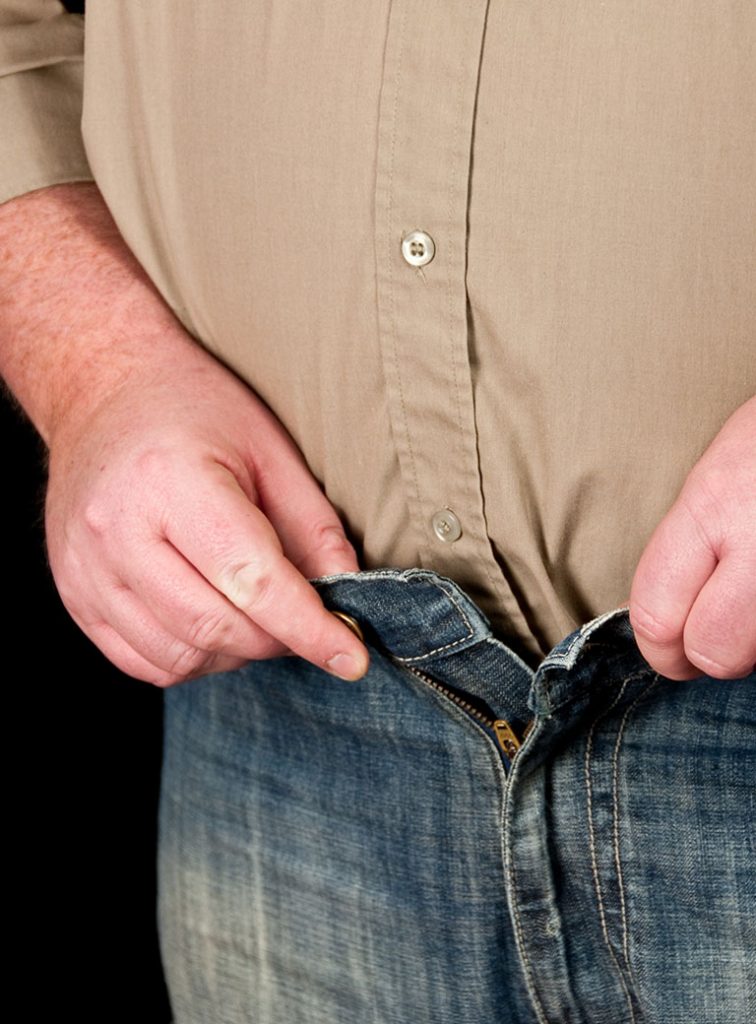 Tucking Your Shirt into Your Underwear

This goes without saying, but unless you’re someone’s father, tucking your shirt into your underwear is unacceptable. OK, even if you are someone’s father, it’s still unacceptable. Why does anyone do this? You may think that since your underwear is so supportive and secure, that tucking in your pesky button-up into it will keep it from untucking. You think this will keep it smooth all day long and you’ll look your best. Well, guess what? It doesn’t! Tucking your shirt into your underwear actually causes your shirt to untuck easier causing it to look sloppy.

One of the worst things (in our opinion) that comes from tucking your shirt into your underwear is the waistband slowly creeping up through the day. This reveals what you’re wearing underneath. We don’t know how you feel about it, but for us, wearing some bright red underwear under your business suit with our shirt tucked in would make us nervous. Not to mention it will be sure to turn heads in the office – and probably not in a good way!

No matter how lazy you are, wearing a pair of underwear multiple times is completely unacceptable. Not only is this unsanitary, but you’re doing more harm than good. Wearing underwear multiple times without a wash is totally different than wearing a shirt or pair of jeans multiple times before a wash. Underwear barriers your pants, so they don’t get dirty as quickly. Your skivvies on the other hand is exposed to all the stuff your skin expresses in a day. It’s better to err on the side of caution and wash after every wear.

If the reason is that someone is trying to be eco-friendly and save water, we recommend taking other steps to be eco-friendly without risking your health and the health of your boys. For example, instead of worrying about the water used for washing, save electricity by allowing your underwear to air dry. Per hour, a tumble dryer uses 4,000 watts of energy, that’s enough energy to fully charge your cell phone 10+ times!

Regardless of your reasons, it’s always important to stay clean and look your best. These are only three mistakes that you should avoid but there’s more where those came from! If you enjoyed this post, and would like to know more mistakes you need to avoid, leave a comment below letting us know what you think, and let us know what mistakes you try to avoid!