The short answer? Yes, yes it does! You know what we’re talking about. The super sexy sometimes funny novelty underwear that is usually given as a joke gift. But we’re not joking! Giving your partner or friend a pair of funny mens underwear is sure to give them a night to remember. There can be some real benefits to adding some novelty underwear into your collection, and we’re going to get into the why today. 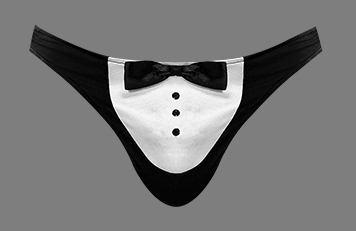 What Exactly IS it? 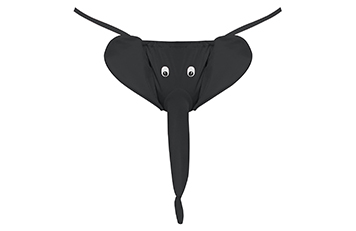 The jokes about your junk and its size will never end. Just like the comparison to a hot dog, sausage pizza, or even an elephant trunk. If you’re looking for a pair of underwear to turn your trunk into an actual elephant trunk, then boy do we have the pair for you! The elephant thong with a functional squeaker is the perfect choice, and hilarious. We have many other funny pairs, like the trouser snake bikini, toucan bikini, and even the jungle stud bikini. If you’re looking for something even funnier, check out the sock puppet bikini, mr. nose bikini, or the tape measure G-string. All of these pairs are meant to add some comic relief into the bedroom. 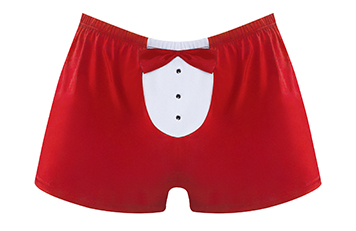 Why Do You Need It?

Everyone can have their own reasons, but the reason that we say is because it can help add some serious spice back into the bedroom. How you may ask? Role-playing of course. There’s nothing sexier than adding some fun into the bedroom with some mens role playing costumes. We believe that everyone has an acting bone in their body, so any of these styles could work.

If you’re looking for more of a role-play theme that’s less of a novelty, then you might prefer our Costumes. You can be a naughty cop and teach your partner a lesson in breaking the law with the Officer Frisk ‘Em costume for you. If you’re looking to be a sexy cowboy and take your partner to the mid-west, we have the Cocky Cowboy. If your partner is looking for a sexy servant to tend to their every need, then the Butt-Ler is definitely the perfect choice. And OF COURSE, if you’re looking to get frisky and hot during the cold holiday season, we have St. Dick. With these styles, the possibilities are endless and can always help to add some fun into the bedroom with any style of mens role play costumes. 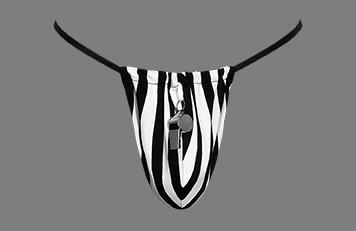 What Other Uses Does Novelty Underwear Have?

Halloween and themed parties don’t have to only be a sexy event for women, it can be a sexy time for men too! Try out some novelty underwear from Male Power, we’re sure you won’t be sorry. Any pair of funny mens underwear is a perfect fit. What other themes would you like to see from our novelty underwear collection? Drop a comment below, and we may choose your idea to add to our collection!