As a men’s underwear company, we understand that our products can be closely associated with people’s sexuality. That is even more true for people who have an underwear fetish! Fetishes can be a big source of misconception and shame even today, so we wanted to take some time to shed some light on this topic. After all, our goal is to empower our fans and help them feel confident in their bodies. That includes learning about and embracing their sexuality to the fullest!

What is a fetish?

Sexual fetishism used to be classified as a disorder by medical professionals, but this was changed in 2013. It is now known that having a fetish is completely normal and healthy for the majority of people, and it is only an issue if an individual themselves is distressed by it. There are few studies so far in the world of fetishism, but there are studies that showed almost half the participants having at least one. 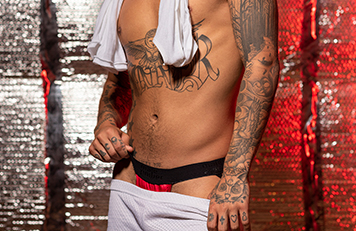 What is underwear fetish?

Now that we covered what a fetish is, let’s look at underwear fetishism specifically. Having a fetish for underwear means being highly aroused by underwear or undergarments in general. This can look like many things, and no two fetishists are alike! The fetish can be a broad arousal by all undergarments in any context, or specific to a type of garment, even down to the color. Some people may be aroused by wearing underwear or by their lovers wearing it, while for others the garment on its own can be the draw. There is also a variation of people’s preference for clean or dirty, as some people may be more drawn to the smell of a worn pair. There’s endless variation on how an underwear fetish can look and feel to everyone, and there is no one right way to indulge provided all the parties involved are consenting! 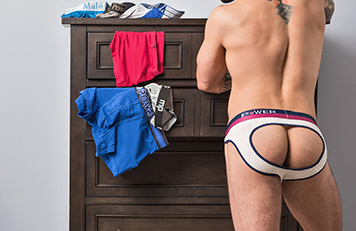 How do you play with it?

Just like human sexuality, there is an endless spectrum of ways that you can play with an underwear fetish. For some people, just wearing their favorite underwear can be fulfilling enough, while others may want to do a lot more. This fetish can fit nicely into body worship play, as worshiping your lover’s garments can be a hot extension of them. Alternatively, it can be used for humiliation play if someone is made to wear a pair they find embarrassing. This fetish is also one that can be indulged long distance, as some couples are known to mail their worn garments back and forth and can feel closer to their partner by smelling their worn pairs. The possibilities are endless and experimenting can be half the fun! 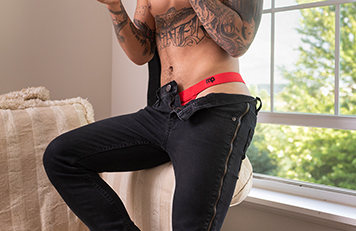 Why do people have it?

There is a lot of speculation on why people may have fetishes, but unfortunately not a lot of studies have been done on the subject. Often people who have fetishes find that themselves in one of two camps: they have either always had it or can point to one or a few events in their life that defined it. Some people find that they grew to associate the object of their fetish to their sexuality at a young age while they were still developing. This makes a lot of sense when talking about underwear specifically, as it is already very close to your genitals! Plus, you cannot deny how sexy certain underwear can make you look and feel. Underwear fetish in that regard makes a lot of sense!

We hope that by reading this you’ve learned a bit about human sexuality today, and perhaps your own! There is a huge spectrum of fetishes and sexual fantasies in the world and we hope that by learning more you feel empowered to explore for yourself. Underwear fetish is much more common than most of us think, and there’s absolutely no shame in it! That is of course, unless you’re into that too.

Did you find this blog helpful? Let us know in the comments if you’d like to read more pieces like this!