In a world full of tailored content and hyper idealistic expectations, it’s refreshing to see people having fun and being their authentic self. There’s a big push of expectation vs reality happening across social media demolishing unrealistic perceptions. It’s both refreshing and necessary for a world who spends most of its time seeking out the perfect picture or video for likes. Jack Black is an enigma in and of himself. He’s an entertainer at his absolute core, and everything he touches is magic. Whether it’s music, movies or unique interviews involving extremely hot wings; Jack Black is someone who anyone can model themselves after. A pioneer in self love and general acceptance; and he was doing this far before it was trendy. 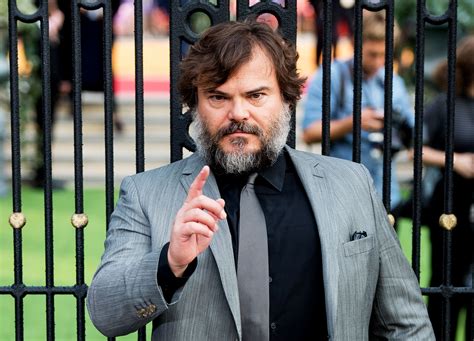 The Man, The Myth, The Legend

If you aren’t familiar with his work; Thomas Jacob “Jack” Black is an American actor, comedian, singer, and songwriter. He’s famous for his carefree and eccentric personality, his powerful vocals, and his hilarious comedic delivery. He’s also a spectacular actor with a lot of range, which thanks to his great success he’s really been able to show off. Truly, he is a man who is comfortable in his own skin and always has been. Oftentimes, when he’s not touring or making movies, you’ll find him appearing in his many Tik Toks and Instagram videos in nothing but some form-fitting underwear and doing is best interpretations of what’s trending in pop culture, you know, he’s just generally being Jack Black. 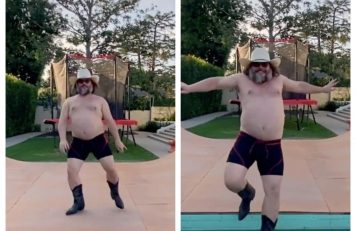 Here at Male Power, comfortable, form-fitting underwear is our specialty. You can find a vast variety of trunks (aka shorts), bikinis, thongs and more on our website. Seeing Jack rocking his undies really resonates with us, because our mission has always been to enable people to embrace themselves. We would even recommend he try our [insert collection/piece], as it fits with his current style choices that he’s used in his content, and we would be in complete aw to see him in one of our styles. 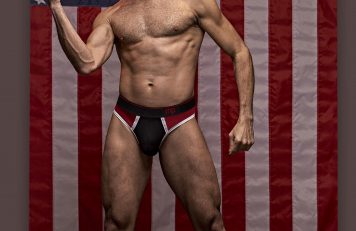 As a shining symbol of acceptance and confidence, Jack Black sports his underwear like a champion. In one of his more recent Instagram posts, the singer/comedian/actor/overall great guy showed us his take on the god of thunder, Thor. Wearing nothing but some red undies, a helmet, and cape, he parades himself around on his motorcycle, showing us some awesome content! In our humble opinion, however, he would look even better off in our [insert collection/piece].

It can be difficult to feel comfortable showing your true self publicly, especially in today’s climate. More than ever, we are bombarded with reminders of what is “acceptable”, and it’s toxic AF. It’s ok to be different than what is trending everywhere. Do the viral challenges, don’t do them, it’s your choice and there’s no shame either way. No one should tell you how you should look, feel or what you should or shouldn’t like (assuming no one is getting hurt!). Mr. Black exemplifies this mindset and doesn’t let anything prevent him from enjoying his life. He accepts himself and is proud of who he is.

Many people are hesitant when choosing underwear. Bikinis, thongs, and other more revealing styles can seem too risqué, and even embarrassing if you are not used to showing off that much skin. Feeling empowered and comfortable takes time and patience with yourself. To help you out, we have you covered with a wide variety of shorts and loungewear to help ease your way into sexy comfort. Check out our [insert collection/piece], a favorite of the person writing this!

No matter what Jack Black is wearing, we always see him with a huge smile on his face, doing something that brings joy and laughter. There is something to be said about the way he uses his creativity to give millions of people good vibes. Jack Black is truly one to use his comedy to help others feel better, while at the same time being a great example and role model on how we should feel about ourselves as well. It’s important to laugh at oneself, experiment with our creativity and try new things. 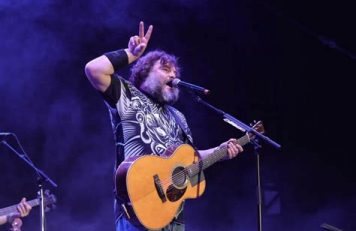 Why did we choose Jack Black?

True, Jack doesn’t have a thing to do with Male Power. We are writing about him, not because he is not some chubby dude in underwear that screams body positivity. The fact that he’s chubby is quite irrelevant. We chose him because he’s the epitome of limitless potential. Jack is arguably one of the most successful entertainers out there, thanks to the variety of skills he brings to the table, whether it’s working in huge franchises such as Jumanji or something more personal like his band Tenacious D – you cannot achieve this level of success without allowing your passion to flow and letting go of your fear of what others think of you. It’s time to take a break and relax the expectations we have for ourselves. Treat yourself as you would treat your best friend, and you will be far happier with yourself than you could have ever imagined.