Individuality isn’t a privilege, it’s a right. The need for Pride to expand beyond June is growing every day. Many milestones have been made allowing the LGBTQIA+ community to be more embraced today than the 1960s when the large movements for equality in the community began. However, current bills are being introduced or put in place to set back our success. The fight isn’t over, and we need to come together beyond one month a year to support people’s personal freedoms. As more Pride celebrations pass, it gives us hope for a more open and progressive future. Everyone should have the right to live their genuine lives without injustice in the way.

What does Pride mean to Male Power? 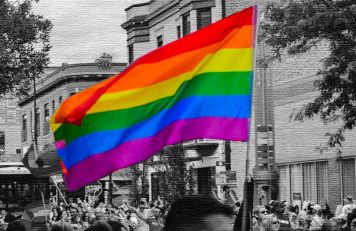 Inspired by the 1969 Stonewall riots, Male Power Underwear was motivated to create a safe and private form of protest for the community. We hold Pride close to our hearts, and we strive to be a safe space for those who live beyond the limited ideas of gender and sexuality. We feel strongly about supporting the community. Celebrating Pride shouldn’t be something that’s limited to once a year. Unlike other companies who simply slap a rainbow on everything during June, our support doesn’t start or end there. That’s why we are so excited to be partnering with the Transgender Law Center in May instead of June.

What is the Transgender Law Center?

Founded in 2002, the Transgender Law Center, also known as the TLC, has become the largest trans-led organization in the United States. The TLC informs and empowers many members of the community year after year by helping them build a long-term, trans-led movement for liberation. They thrive on making themselves a resource and a safe space for marginalized communities.

From the organization’s website, the TLC believes in “Justice and liberation for all trans people, and that means change that starts with the people most impacted by the systems we fight — including trans people in prison, Black and brown trans migrants, Black trans women, trans people living with HIV, and trans youth.” For about two decades, the TLC has been a leader in challenging the legal system to respect the rights and humanity of transgender and non-conforming people.

The TLC battles against employment and housing discrimination, issues within the criminal justice system, and violence against transgender people. It has always been an uphill battle as the legal system was not designed with marginalized people in mind, and in some cases, the system was intentionally designed against them. With the help of the TLC, transgender people can gain control and agency in their lives.

What campaigns or programs does the TLC Offer? 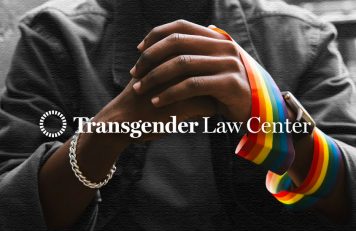 How do I get involved?

You don’t have to wait for pride month to support the community. Your actions can make a difference today or any other time of year. This month we’re donating 15% of our proceeds to the Transgender Law Center. With every pair of underwear you buy, you will be helping us support their fight. If you don’t need underwear just yet, you can still donate directly to the TLC. Here’s their direct website.

Someday, the fight for equality may come to a nice storybook ending, and we’re looking forward to it. If any of us are fighting, we all are fighting. As Marsha P. Johnson said: “No pride for some of us without liberation for all of us.” We’re excited to see where the new generation will take us and how far organizations like the Transgender Law Center will help us progress.

What is Male Power’s plan for the future? 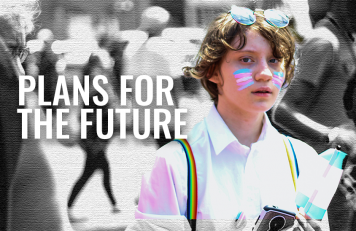 We plan on continuing to give back to the community every year and expanding our contributions as much as we are able to. As a small company it can be a challenge to “give back”. We prioritize it, because the value is in our hearts. Our ultimate goal is to collaborate with multiple organizations throughout the year, every year. Our fight for equality will never end. We will observe holidays, keep the community informed about recent events, and spread awareness about harmful bills and laws. More than anything, we will continue to celebrate, support, and uplift year-round because the community deserves nothing less.